Wayne, PA is a community located in Delaware County, just outside the well-known city of Philidelphia, PA.  Wayne is located on the “Main Line” which is part of the SEPTA Regional Rail System hta serves the Philideplhia Metro area.  Wayne was started as a town based around the rail road and began it’s history as Wayne, PA in the late 1800s when a railroad stop known as “Cleaver’s Landing” was established.  That station was later renamed “Wayne Station” 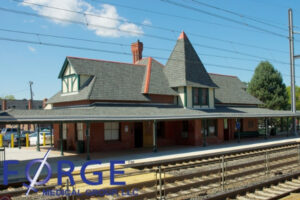 Points of Interest Near Wayne, PA